Well done to our Sydney Office Soccer team, who won their first game in the Sydney Social Soccer comp at the National Centre for Indigenous Excellence in Redfern.

They were down 3-1 early in the second half before a stirring come back with three quick goals putting us up 4-3. Some inspired defending for the last 4 minutes of the game saw them hold on to the lead despite all-out attack from our opponents. A well rounded team performance! 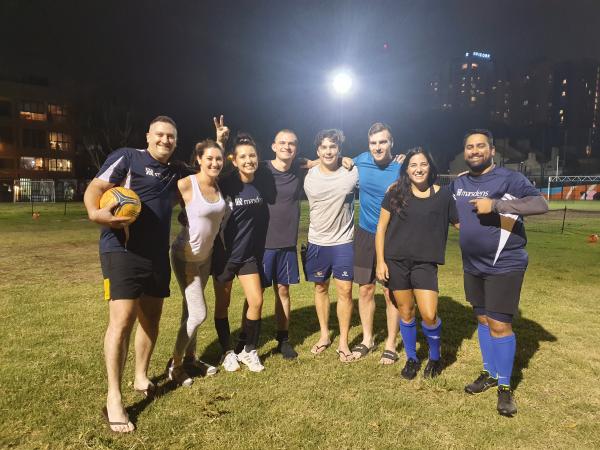 Posts you may find interesting

Marsdens Law Group & COVID-19
Charity/Community, COVID-19
To our clients, friends and community,Everyone in this country is feeling the effects of the Coronavirus (COVID-19) pand...
Read more
Back to Blog